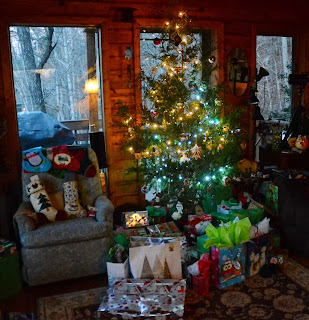 Posted by Whites Creek at 10:16 AM No comments:

If Only It Were the Season for Reason!

I have friends who watch Fox News. They are good people and I care about them as much as any of my other, possibly more thoughtful, friends. This is for them: If you believe anything you are told by Fox News without verifying it from several sources and giving it some serious contemplation... you are misinformed. Surveys prove this repeatedly, but I'm hoping to demonstrate it right here and now.

As one instance, and there are thousands, Fox claims Jesus and Santa Claus are white men and that's that. They offer no proof whatsover, like most of what they claim. Well first of all, and I hate to break this to Fox News people, Santa is a figment of the imagination. Santa does not exist, anymore than Fox News credibility exists. A poet created him out of bits and pieces of legend and tradition. This was a manifestation of the continuing Church takeover of the quite popular Winter Solstice celebration. Santa is made up and you can make him up to look like a Scandinavian or a Samoan, if you so choose. Also...Reindeer don't fly or have high beam red noses.

As for Jesus, he may or may not have existed, depending on your religious traditions, but accepting the New Testament for the moment, his mother was of African descent and his father was God. If God exists and is white ( Yes, we are skipping all sorts of points of discussion by making that leap of faith, but it is a leap of faith after all, right?) then that would make Jesus a mixed race child, any way you look at it. With one parent (Godly?) white and the other African, Jesus would look like most any other child with one white parent and one African parent....Barack Obama, for example.

Happy Holidays my Foxy friends! I love you and wish you the very best in these times of celebration.
Posted by Whites Creek at 8:43 AM 1 comment:

Governor Haslam Not Doing His Job and Playing Games With the Press Claiming He's Been Hard at Work..."Hard Work!"

Jeff Woods is one of the few journalists who seems willing to call Tennessee Governor Bill Haslam out for lying.

Already Haslam effectively has rejected more than $1 billion in federal money for next year—an idiocy that would have been unthinkable before the Tea Party took over the Republican Party. He isn’t interested in negotiating at all, but only in dodging responsibility for damaging the state’s economy and leaving tens of thousands of working poor in Tennessee without health insurance.

Posted by Whites Creek at 12:21 PM No comments:


More
Posted by Whites Creek at 7:05 PM No comments:

From Our "The Right Wing Lies to Everybody" Dept: Quote of the Day

“Well, I think that you have to keep in mind, the leadership lies to themselves, as well.

They lie to themselves about their ability to control the situation. They lie to themselves about the ability to offer an alternative approach from the senate side that they could take it up by the house at the get-go. I think that essentially you are seeing a lot of people who are lying to each other about the nature of the policies and nature of the political strategy that they are employing.”

The video is HERE
Posted by Whites Creek at 7:39 AM No comments:

Republicans have learned that they can destroy the effectiveness of America's government by controlling the House of Representatives, even though that is against the wishes of a majority of voters. If it weren't for gerrymandering, Democrats would control the House and we would be out of this recession, major corrections would be in place in national healthcare, Guantanamo would be closed, we would be out of Afghanistan already, and the middle class would be seeing its earnings increasing at a fair rate instead of the 1% sucking up every penny of additional income. There is also a good chance we would have reinstated Glass-Seagal and the Fairness Doctrine. Problems don't happen overnight and the destruction of the American government's ability to serve the majority of its citizens was plotted over 40 years ago and was behind the PR campaign that installed Ronald Reagan into the Presidency. Three straight terms of Republican presidency saw the national debt skyrocket while the unemployment rate rose. We became a debtor nation and reacted by electing a democratic president, Bill Clinton. Using massive amounts of dark money and a servile corporate press, Republicans hammered on Clinton's personal life, even though nearly all of them were committing the same and worse transgressions. As a result we saw the Gingrich revolution take over the House and install Newt as Speaker. Gingrich is a slimeball of a person but a shrewd political operator unencumbered by personal ethics. he was forced to resign as Speaker of the House and Congress due to a fairly transparent method of receiving bribes by having his ghostwritten books purchased in truckload quantities by corporate shills. Gingrich received outlandish royalty percentages, pocketed millions, and resigned in disgrace. This method continues to thrive today, as anyone who has tried to read a Sarah Palin book can vouch for. At any rate, before he was ousted Gingrich led the Republican House to dismantle as much of the citizen protections as he could, turning things over to corporations and well connected "low bidders". Outsourcing technical offices to partisan shops is just one form of destruction but it happens to be relevant right now. (Gingrich) "...killed a tiny federal agency called the Office of Technology Assessment. Established in 1972 as Congress' nonpartisan in-house think tank, the OTA studied new technologies and offered recommendations on how Washington could adapt to them. But then Speaker of the House Newt Gingrich (R-Ga.) turned off its lights." In one of its final reports the OTA warned, "Changes in the health care delivery system, including the emergence of managed health care and integrated delivery systems, are breaking down the organizational barriers that have stood between care providers, insurers, medical researchers, and public health professionals..." It specifically mentioned the problems with digital data transfers and the management of information, the exact problem with www.HealthCare.gov! There's much more to this and I encourage a thorough read of this piece:

To prevent another Healthcare.gov, Washington could use a digital brain trust. Too bad Newt Gingrich killed the one it had. —By Tim Murphy and Tasneem Raja

Posted by Whites Creek at 8:04 AM No comments: