Used a headlamp to get this going at dawn's early dark. 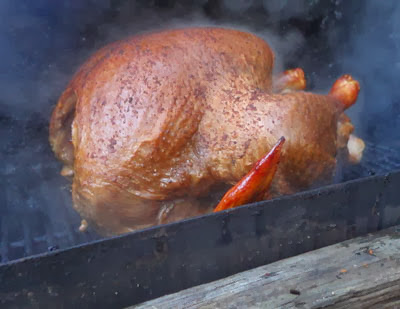 Posted by Whites Creek at 7:51 AM No comments:

I've added Pith in the Wind to the links on the right. Go there and the why should be obvious.
Posted by Whites Creek at 7:33 AM No comments:

From Our "Racism Is Dead In Tennessee" Dept: Trooper Refuses Black Judge Entry to Courthouse

Tennessee's only black female appellate court judge was turned away by a TN Trooper when she was trying to drop papers off to another judge. The trouper was disciplined and has now retired. The official reason for discipline? "Blatant disregard for procedure." The trooper has apologized via email. A bit more. And a bit more
Posted by Whites Creek at 6:38 AM 1 comment:

It's OK now to just lie straight out if you are a Republican. Who's going to call you on it? I mean since "news" organizations don't do news anymore I guess it's up to bloggers to do facts and things...

Seeking to fend off a rabid (if feckless) tea-party primary opponent, Sen. Lamar Alexander has been warming up for 2014 by rebranding himself as hostile to the kind of pragmatic moderation that once framed his centrist political persona. With an op-ed in the Washington Post late last week assailing the move by Senate Democrats to do away with the filbuster on executive and judicial nominations, Alexander demonstrates he is also working hard to rebrand himself as hostile to facts and reality. The Post piece is a model of intellectual dishonesty.

"The wine was flavoured with honey, mint, cinnamon bark, juniper berries and even mysterious "psychotropic resins", which might explain why people in the biblical era spent so much time spouting prophesies and wearing technicolor dreamcoats."
Posted by Whites Creek at 8:52 PM No comments:

Haslam Worried About Accepting $300 Million Form Feds Because Future President Might Be Republican?

I did almost spew coffee out my nostrils...Too funny!


Even though the federal government is promising to pay 100 percent of the new Medicaid costs for the first three years and most of the costs after that, Mr. Haslam said he was worried that later administrations might renege on that promise.

NYT story suggests Haslam will be next Governor to accept billions of dollars for Tennessee and help provide health care to its citizens.
Posted by Whites Creek at 12:49 PM 1 comment:

Matt Lauer:  "What are we hearing from the Tea Party in terms of an absolute, realistic plan that can be an alternative to Obamacare?"

Said Palin: "The plan is to allow those things that had been proposed over many years to reform a health-care system in America that certainly does need more help so that there's more competition, there's less tort reform threat, there's less trajectory of the cost increases, and those plans have been proposed over and over again. And what thwarts those plans? It's the far left. It's President Obama and his supporters who will not allow the Republicans to usher in free market, patient-centered, doctor-patient relationship links to reform health care."


Sign that the Apocalypse happened and we missed it, I guess.
Posted by Whites Creek at 1:03 PM No comments:

The Benghazi incident has morphed into a full blown conservative news hoax. If you don't know that it was NOT a US Embassy nor a State Department ooperation, you can thank your corporate news sources. It was a consulate being run by the CIA. Yes it was a tragedy, much like the 13 similar tragedies that occurred during the Bush Administration over which we have heard not a peep in mock outrage from conservatives. Conservatives only get all mocky and outragey when one one 13th of what they did happens during a Democratic administration. And then they lie about it.

60 Minutes reporter, Laura Logan,  went all Dan Rather on an eye witness account of the horror of the Benghazi attack with serious talk show concern on every expression as she listened intently to a man who was using a false name. He looked exactly like a slimeball who is feeding a pretty woman a line of total bullshit in a pick up bar.  It was all about the horrors and failures of the protection surrounding our Ambassador who was killed in the attack. The only truth here is that the ambassador was killed in a tragic set of circumstances. The rest is a complete fabrication and Lara Logan apparently did not do the slightest bit of fact investigative journalism for the most prestigious investigative journalism show in history.


Remember when CBS 60 minutes anchor Dan Rather had his career ended by reporting a story that was ultimately factual but has some questions about one document? Why does Laura Logan still have a job at 60 Minutes on CBS? She belongs on Fox News.

Linsey Graham seized the moment and as a result of the show, he once again got went mock outrage, telling his own set of whoppers.


At what point does conservative credibility evaporate?

How many lies can they tell and get away with it?

Why is a serial liar like Linsey Graham still allowed to filibuster President Obama's nominations based on his own lies?

Southern Beale is on a Roll!

What are these armed men getting ready to shoot at?

Turns out it is a small group of mothers who are concerned about idiots with weapons running all over town threatening people they think are going to take their guns...

Posted by Whites Creek at 4:41 PM No comments:

Exit polls on Tuesday, with the same voters who handed Republican Chris Christie a landslide win as New Jersey governor, showed that  Christie would lose New Jersey 48%-44% in a match up with Democrat Hillary Clinton. Contrary to what the punditocracy is saying this morning, that doesn't look good for the GOP.

Gov. Christie's big achievement seems to be that he took all the Federal money he could get when Sandy trashed the Jersey shore. The best opportunity for this in Tennessee is to embrace the ACA and get rural hospitals the help they need to stay alive. Pay attention Governor Ramsey! I'm talking to you...

Other than his high profile Hurricane Sandy tour, Chris Christie has a fine schtick in front of the camera and, in prep for the 2016 presidential campaign, had his stomach operated on hoping to lose a few hundred pounds, much like Mike Huckabee. Calling Chistie a "moderate" is code for borderline sociopathy as opposed to a full blown personality disorder near as I can tell.

As for Christie's job creation ability, his state continues at 8.5% unemployment as it lost another 1500 jobs in most recent reports. I hope everyone remembers that Christie refused a federally funded project that would have created ten times that number of jobs in his state.

If a governor doesn't bring home the bacon by getting as much of our tax money back from the federal government then they ought to be turned out. It looks like Jersey held its nose and voted for Christie while waiting for someone better to come along. Can you say, "Hillary", boys and girls?
Posted by Whites Creek at 12:44 PM No comments:

We have a very flawed Constitution. Calling Re-Write!

Thomas Jefferson wrote to James Madison in 1789, the year our (constitution took effect). "The earth belongs always to the living generation and not to the dead .… Every constitution, then, and every law, naturally expires at the end of 19 years." 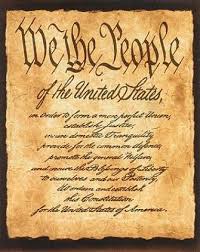 I would hate to see what we would get if we let our current powers that be write a new document to guide America. There doesn't seem to be anything noble or good for the majority of Americans coming out of Congress at the moment, and no, both parties aren't equally to blame. Having said that, I'm as interested in what a new constitution that lived up to the dictates of the Preamble:


We the people of the United States, in order to form a more perfect union, establish justice, insure domestic tranquility, provide for the common defense, promote the general welfare, and secure the blessings of liberty to ourselves and our posterity, do ordain and establish this Constitution for the United States of America.

Somehow that paragraph has become, "Protect rich people's money and their ability to make more at all costs...Democracy be damned!"


According to researchers who analyzed all 729 constitutions adopted between 1946 and 2006, the U.S. Constitution is rarely used as a model. What's more, "the American example is being rejected to an even greater extent by America's allies than by the global community at large,"

So here we go. What would you write into the new constitution? I'll start.

2. While a citizen's right to believe in supernatural things shall be granted, it shall have no standing whatsoever in governance. There shall be no special tax considerations for organizations based on the supernatural. The SHALL be tax considerations for organizations that are based on science being used for the greater good.

3. Laws shall only be enacted if they promote a better living condition and healthier environment.

4. No law shall force a citizen to have or not have any medical proceedure unless that proceedure promotes the common good. (Citizens will have vacinations that stop the spread of disease)


The US needs a Constitution.
Posted by Whites Creek at 7:58 AM 1 comment:

What Does the First Amendment Do in Alabama?

I'm going to have to find out a lot more about this but it appears that you can't write things about prominent people in Alabama.  In Tennessee of course, you can write anything you want too about a political opponent. We have a judges ruling on that.


Posted by Whites Creek at 8:29 PM No comments: