“My policy is similar to what President Obama did in 2011 when he banned visas for refugees from Iraq for six months.” —President Trump, statement on executive order, Jan. 29, 2017 Obama did not ban Muslims from Iraq....ever! He did institute additional reviews which slowed the processing of applications. Obama was acting responsibly based on an actual threat. Who knows why Trump is acting. The Washington Post says Trumps bull hockey deserves "at least two Pinochios"!
Posted by Whites Creek at 10:15 AM No comments:

Red State Update
Posted by Whites Creek at 10:37 AM No comments:

Donald Trump is mentally ill, and Sean Spicer is covering for him by lying to all of America. This is lunacy. Forget asking questions, the reporters in the room should be summoning doctors and mental health experts.

Mark Sumner
Posted by Whites Creek at 4:25 PM No comments:

Interior Department officials have been ordered to shut down the organization's official Twitter accounts indefinitely after the National Park Service shared tweets comparing attendance at President Donald Trump's inauguration against former President Barack Obama's. Apparently when Trump makes an outrageous claim we are not to be allowed to see photos proving he's lying.

Interior Department officials were then given an "urgent directive" to close their official accounts “until further directed." An investigation into whether the tweets were intentional, accidental or part of a hack, is underway, according to the report.

Politico
Posted by Whites Creek at 10:46 AM No comments:

Talking Points Memo
Posted by Whites Creek at 9:57 AM 1 comment:

Remember that the pause button is your friend. Some of these can go by too fast to read everything...


Fake Book Covers
Posted by Whites Creek at 8:14 AM No comments:

I plan to give Trump the a bit more benefit of the doubt than Republicans have given Hillary and Barack Obama, just so you know. It won't take much to clear that bar.

Posted by Whites Creek at 7:35 AM No comments:

I find it interesting that Trump's compromising perversion was discovered and turned over to the FBI by a "Republican Donor".


In late October, Mother Jones' David Corn first reported that a former Western counterintelligence official with nearly two decades of experience on "Russian intelligence matters" had been assigned the task of looking into Trump's dealings with Russia as part of an opposition research effort initially funded by a Republican donor. This official was so alarmed by what he discovered that he passed the intelligence to the FBI.

Now my question is, "How compromised is FBI Director Comey?" since he did not make these allegations public and instead played politics with the fake news Hillary Clinton email story.

It's worth noting that Russia is reported to have spied on Hillary as well, but chose to go after Trump with reputed blackmail operations. That leads one to suspect that Hillary was "clean" and not a possible blackmail candidate.


Mother Jones has reviewed that report and other memos this former spy wrote. The first memo, based on the former intelligence officer's conversations with Russian sources, noted, "Russian regime has been cultivating, supporting and assisting TRUMP for at least 5 years. Aim, endorsed by PUTIN, has been to encourage splits and divisions in western alliance." It maintained that Trump "and his inner circle have accepted a regular flow of intelligence from the Kremlin, including on his Democratic and other political rivals." It claimed that Russian intelligence had "compromised" Trump during his visits to Moscow and could "blackmail him." It also reported that Russian intelligence had compiled a dossier on Hillary Clinton based on "bugged conversations she had on various visits to Russia and intercepted phone calls."

Posted by Whites Creek at 8:51 AM No comments:

This is from the NewsWeek story but it is coming from several sources and from many different directions. It deserves national media attention. In my observations it neatly ties up why Director Comey (What does Russia have on Comey?) was willing to violate the Hatch Act to help Trump and Why Trump is so hellbent on getting the CIA under his personal thumb as soon as possible. Russi will certainly have video recordings of anything Trump did on his business trips. Given Trump's well known sexual aggressions we could be in for a very prurient ride for how ever long his presidency lasts.

The story began making the rounds at Washington dinner parties late last summer: Donald Trump had been caught in a compromising sexual position by Russian intelligence agents during a business trip to Moscow. According to one version, told by a high ranking Obama administration diplomat, Russian intelligence services, acting on Donald Trump’s well known obsession with sex, had arranged an evening for him with a bevy of hookers, with hidden cameras and microphones recording all the action. The jaw-dropping detail that topped the story? Trump had somehow engaged in “golden showers,” a sex act involving urine.


Now, according to a leaked annex to the combined U.S. intelligence agencies’ report on Kremlin intrigues in the American elections, Russian security agents watched Trump engaging in “perverted sexual acts” that were “arranged/monitored by the FSB,” the Kremlin’s leading spy agency. The FSB, it said, “employed a number of  prostitutes to perform a golden showers (urination) show in front of him.” Not only that, according to the report’s anonymous Russian sources, Trump deliberately chose for his escapade “the Ritz Carlton hotel, where he knew President and Mrs. Obama (whom he hated) had stayed on one of their official trips to Russia and defiling the bed where they had slept.”

http://www.newsweek.com/donald-trump-russian-spies-sex-acts-vladimir-putin-golden-shower-fsb-541315
Posted by Whites Creek at 8:17 AM No comments:

Senator McConnell Should Follow His Own Rules for Approving Nominations

But he won't because Republicans have become the American Fascist Party... 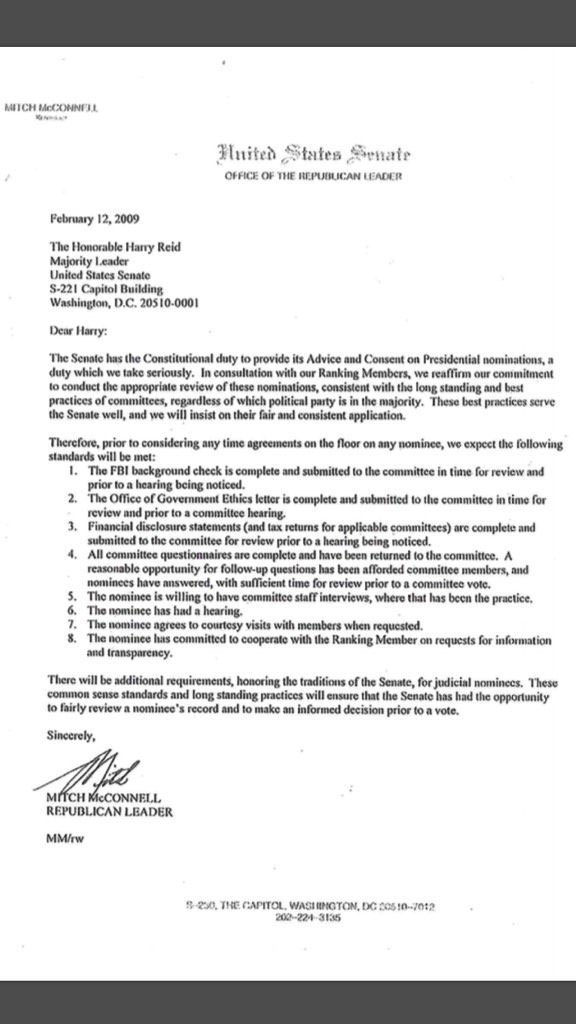 Posted by Whites Creek at 12:46 PM No comments:

The GOP noise machine has certainly managed to create a Pavlovian response to shouting "Obamacare!", but the reality is that most people it serves would be devastated by its repeal.

...the GOP's hopes to make Obamacare magically disappear without having to offer a replacement took a serious hit on Tuesday, when the American Medical Association—the country's largest organization of doctors—wrote a letter to congressional leaders demanding that any tweaks to the health care law ensure that the 20 million people who gained insurance under Obamacare don't lose coverage. That request would be impossible to meet under the various proposals floated by Republican politicians so far.

From Our "We Thought The Police State Would Take Longer" Dept.: Political Staffers Given Subpoena Power

A GOP-authored provision inserted into a House rules package will allow congressional staffers to question subjects of GOP inquiries under oath without the presence of a congressional member in some cases.

"Freely handing out the power to compel any American to appear, sit in a room, and answer staff’s invasive questions on the record -- without members even being required to be present -- is truly unprecedented, unwarranted, and offensive," she said. [...] Drew Hammill, a spokesman for Minority Leader Nancy Pelosi, said, “This rules change represents a shocking continuation and expansion of House Republicans’ abusing of congressional processes to intimidate private citizens

Welcome to never ending Congressional hearings that Congressmen don't even have to attend.
Posted by Whites Creek at 7:14 AM No comments: