Peace on Earth, Good Will to All 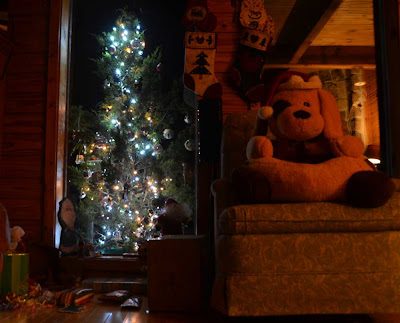 Posted by Whites Creek at 6:54 AM No comments:

The Environmental Protection Agency released far-reaching air pollution regulations Wednesday, 21 years after they were first mandated by Congress and six days after they were signed by the agency.

And Now These Seasonal Tidbits

Environmental problems are now to the point that the supply of Frankincense may cease to exist. Is the Second Coming threatened as a result? And not withstanding that finding Frakincense will be hard enough, now where the heck are we going to find THREE wise men?
http://www.bbc.co.uk/news/science-environment-16270759
Frankincense may gain in popularity if certain properties get widely known: As of May 2008 FASEB Journal announced that Johns Hopkins University and the Hebrew University of Jerusalem have determined that frankincense smoke is a psychoactive drug that relieves depression and anxiety in mice.[11] The researchers found that the chemical compound incensole acetate[12] is responsible for the effects.[11]
Exactly how does a researcher determine if a mouse is depressed?
http://en.wikipedia.org/wiki/Frankincense
Myrrh, on the other hand, is now farmed and is doing alright. It has uses in modern medicine. perfumes, incense, and religious rituals of all sorts, including Catholic, Pagan, and Magick ceremonies.
http://en.wikipedia.org/wiki/Myrrh
Posted by Whites Creek at 6:58 AM No comments:

Pat Robertson is Upset But I think It's a Great Sermon

Posted by Whites Creek at 8:57 AM No comments:

One Percenter Groups Attacking Republican Candidates From Within


Last week alone, anti-Gingrich ads from a Romney ally outspent Gingrich by an 8-to-1 margin on television.

The powers behind the thrones of the GOP, often referred to as the One Percent, are suddenly not happy with Gingrich as the front runner. He serves them well delivering their message of "Greed and corruption, good! Working for the good of the middle class, bad!" Newt is a wonderful attack dog savaging anyone with rational ideas that might lift America as a whole on the pretense that it shouldn't cost the rich and powerful even the slightest increase in taxes to run the government which serves mainly the rich and powerful. After all it is the crumbs that fall from their tables that will have to feed the rest of us and Gingrich is too obviously flawed to stand in the spotlight by himself and would be a walk over in the general election should he win the GOP nomination. Let's face it, even Republicans don't like the guy in spite of his being their toadiest of toads. This sideshow illustrates what the Occupy movement has been pointing out. Our political process with unlimited money being used to mislead the public has given rise to a political class that serves the corporatocracy and no one else. A political figure who fails to serve the One Percent effectively will be destroyed in the voter's mind by a barrage of negative campaign advertising that blots out the sun and any message to the contrary. Amazingly coming from the very puppet masters of the GOP that Newt has become wealthy serving, the public will hear two sides of the issue..."Newt Gingrich is not good" and also, "Newt Gingrich is bad".

As our national media continues to intentionally miss the point of the Occupy movement, we get this very strong evidence that the Occupy folks are dead right about what is wrong with our country. We have no real democracy at this point in time. It's all about corporations and CEO's buying the public opinions that best serve their own narrow interests and America as a whole be damned. We're watching the attempted assassination of E Pluribus Unum by the One Percent even as they cannibalize their own. Can we stop this? And I mean by that the destruction of "Government Of the People, By the People, and For the People...Yes!

Quote of the Day From Possum Drop HQ

“They are Southern gentlemen dressed up as Southern ladies,” he said. “I don’t like it to be wrote up as men in drag...

That comes from the organizer of the New Year's Eve Possum Drop in North Carolina, where a possum is traditionally lowered from a tall pole at the stroke of midnight. Peta is doing their usual thing saying:

...the opossum “suffers through a barrage of terrifying stimuli” such as fireworks and gunfire. “Ignorance of the law is not a defense, and cruelty to animals is indefensible,” PETA director Delcianna Winders said in a written statement. “Using a captive opossum as the centerpiece of a raucous party is cruel and illegal.”

Let's make sure nobody tells these folks about the Kentucky Derby.
Posted by Whites Creek at 7:31 AM No comments:

Quote of the Day...Bill Moyers

America has a long record of conflict with corporations. Wealth acquired under capitalism is in and of itself no enemy to democracy, but wealth armed with political power — power to choke off opportunities for others to rise, power to subvert public purposes and deny public needs — is a proven danger to the “general welfare” proclaimed in the Preamble to the Constitution as one of the justifications for America’s existence.

Bill Moyers
Posted by Whites Creek at 7:24 PM No comments:

Posted by Whites Creek at 5:50 PM No comments:

Courage is a Wispy Thing Compared to Fear

Newt Gingrich just called taking credit for everything that happened in America since 1981, when Ronnie Reagan initiated the downward spiral of this once great country. After he called Barack Obama a long list of negative meaningless buzzwords, he told me that I should stay on the line and speak with his assistant which I decided would be fun, so I did. His assistant turned out to be a nice sounding lady who told me she was glad I supported conservative values so much that I was willing to talk with her. "I just wanted to ask you some questions, actually." says I. "What do you mean?" "Well I just wonder what kind of person would be the assistant for a man who would cram so many lies and misrepresentations into a two minute robo call? I mean, what kind of person can speak to me as if we both didn't know that everything Newt just said was a lie?" "I don't know sir, I didn't listen to it," Newt's assistant said. "I'm amazed but not surprised. How can you support someone who is nothing but a tool for international corporations and rich people? Newt was a two bit history teacher at a junior college when he decided the way to get rich was to start 'Lyin' for the Man' and you're helping him. You know he was kicked out of the most powerful job in Congress for corruption? You're supporting a really creepy and corrupt politician who doesn't have your best interests anywhere near his heart. How can you do that?" "It's a job, sir. Thank y..." "Wal Mart's hiring and as lousy as they pay I'll bet it's as much as you're getting paid by Newt and you wouldn't be helping to destroy your country quite so much. did you listen to what he said?" "I don't know, sir. I didn't listen to the message." "Well, Newt is trying to be the one who leads the charge to destroy working people in this country. Why are you doing that to yourself? You sound like a decent person. Find another job that you can hold your head up and be proud of doing. Quit helping these people." "I need this job, sir. Thank you for calling. Good bye." When Newt calls, I don't think any of us should hang up. Think of it as a ministry amongst the heathens. Courage, Steve
Posted by Whites Creek at 8:18 AM No comments:

Quote of the Day: Newt, Please Don't Peak Too Soon!

I do worry that Gingrich is peaking far too soon. The number of knives that are going to be out for this fellow, just among members of his own party, is going to be something to behold. I think we'd all rather they hold off on their Brutus moments for a bit longer, so that we can get maximum enjoyment from the Republicans being so hard up for serious candidates that even Newt Gingrich, of all people, is now being considered presidential material.

Hunter
Posted by Whites Creek at 10:11 AM No comments: